At the launch of Rajasthan in London in the Fall of 2003, a journalist asks me why, being Dutch, I have not made a book about Indonesia. Although the question is meant to tease me, it is fundamental and the journalist himself is surprised by its effect.

What is the source of one’s inspiration? On which ground do we make our choices? Becoming conscious of what makes us react can refine our creative tools and broaden our perspective.

A holiday in the Scottish Highlands once resulted in the following two works (the second and third photos are of the same object):

Most of us have some collection of little treasures and yet how we see them and what we do with them can vary so much.

One of my most stimulating teachers at Artibus art school made us do the following exercise to develop our own pictorial language:

The choices that lead you to a final image are very personal and the outcome of such exercises have kept inspiring me for a long time. I can see now how objects, drawings, photographs I’ve made over the years are all related.

The image below was made with a failing copying machine at home, folded newspaper and sketches I made in the ’90s of battered beverage cans, which I had just begun to collect. I had no idea that years later precisely these flattened tin cans would play a major role in a book about the world of steel…

My reply to the journalist in London was that my Rajasthan book was the result of chance, having had the initial luck to be invited to India, but that I’m convinced one could make a beautiful book about almost anything. It would even be an interesting challenge. I  believe I choose my book subjects far less than they choose me.

The trick for me is to be given enough time to have a closer look: there is always more detail and colour than at first glance. And my favourite quote ever since is Never underestimate what looks like a fumble (from Veronique Vienne and Erica Lennard’s The Art of Imperfection). 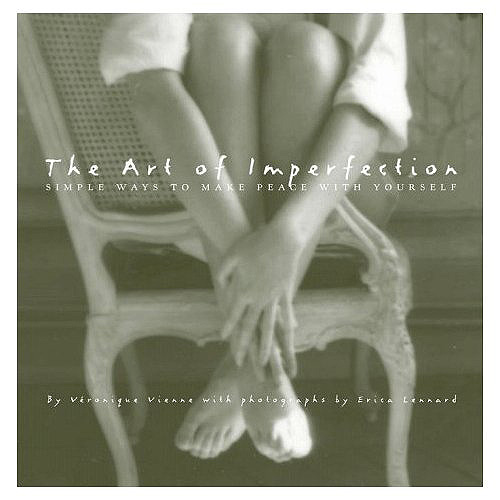 Nevertheless, even if I try to become more conscious of what I do and what I avoid and why, a large part remains unconscious, that is to say spontaneous, which is good too.

I’m sometimes being told that I create a microcosm where people would never have thought to find anything worthwhile. This is something one cannot consciously do or it would become – and look – artificial. When someone tells me that thanks to my pictures he or she is now looking with a fresh eye at their surroundings, it always feels like a small miracle.