Since I began this journal three months ago, I’ve intended to write about my current book project, Living Iron. The idea was to present it in a logical order, following the development of my research and adventures until today. That time has not come yet, but yesterday in Paris I was stopped by the sight of a surprising ‘sculpture’ that fits perfectly in my subject. 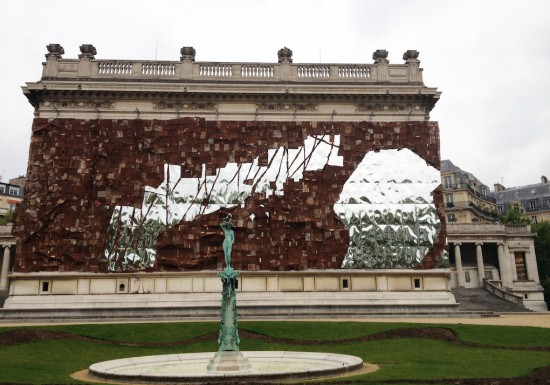 A huge assemblage of rusted steel and mirroring material covers the otherwise classical facade of the Musée Galliera, the temporarily closed fashion museum opposite the Musée d’Art Moderne on the Avenue du Président Wilson.

As I stepped into the garden I found the rusty surface even more fascinating. The irregular pieces of metal, many of them pierced (I read they are made of old cassava graters), form a giant, crumpled patchwork blanket which looks far less heavy than it probably is. Intertwined sheets of silvery material mirror the light and the surrounding buildings, enhancing by contrast the textural quality and ruggedness of the rust.

I asked a guard in the garden if she knew the name of the artist. Her reply was typical, ‘Please ask the desk at the modern art museum and let me know, because I cannot say I understand this…’

It appears to be part of Intense Proximity, an exhibition of contemporary art curated by the Nigerian Okwui Enwezor in the recently reopened Palais de Tokyo and other locations in Paris. 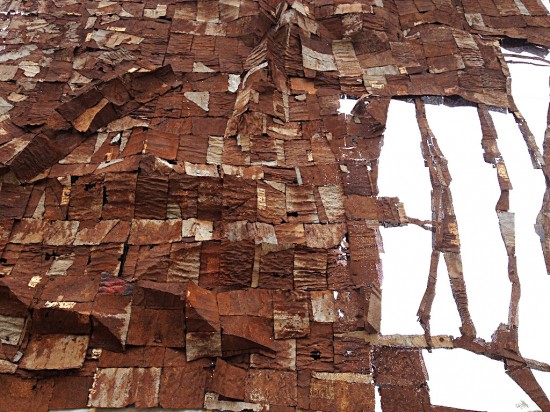 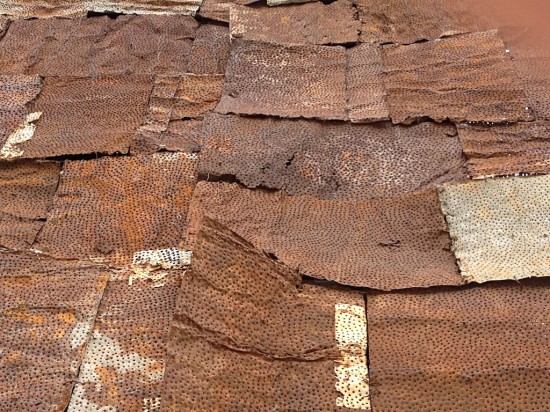 Back home I easily find the artist, El Anatsui, born in Ghana but living and teaching in Nigeria. As I read about him I even get the impression that the entire world already knows him but me… His work has moved from African-oriented galleries to the forefront of the international art scene, he has taken part in the 2007 Venice Biennale, is exhibited in the Metropolitan Museum, in the Victoria & Albert Museum and everywhere else, and – more disturbing, I think – Anatsui’s works now mean big business in the art world. Which doesn’t seem to have slowed him down and makes no difference at all to my pleasure at discovering reproductions of his work on the internet. 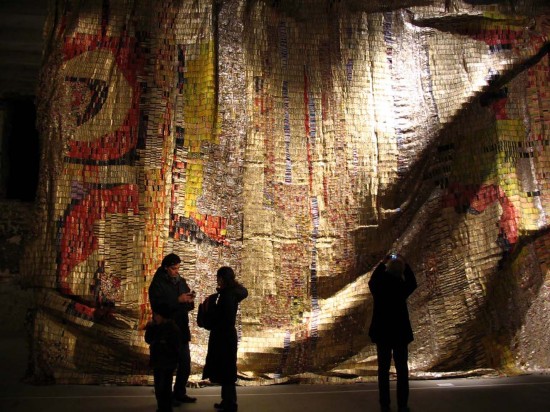 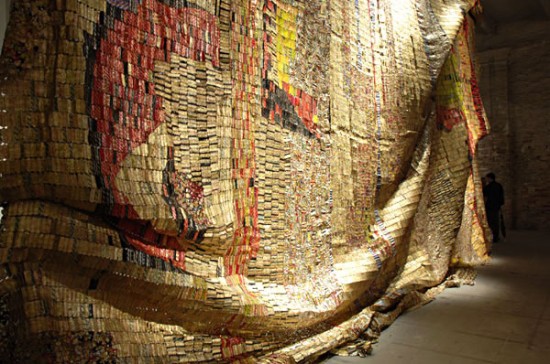 Anatsui’s giant, shimmering tapestries (he calls them sheets) are draped like sumptuous and velvety cloths, but they are actually made of hundreds of milk cans, bottle caps and other recovered metal which would normally be melted down for raw material. I find myself very close indeed to the chapters of my Living Iron…

The elements are placed on the floor and moved around like a jigsaw until a satisfactoy pattern emerges, the result strongly reminiscent of the woven strips forming the famous Ghanese kente cloth. It therefore comes as no surprise to read that Anatsui’s father was a kente weaver. 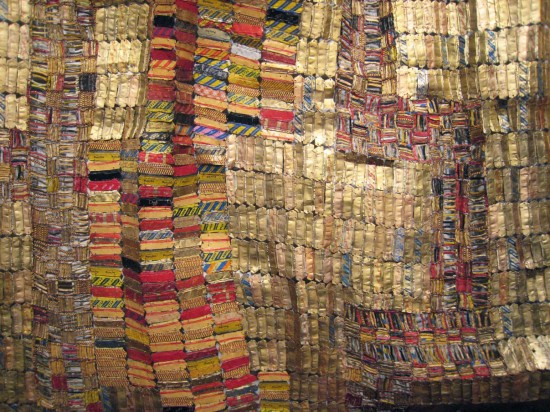 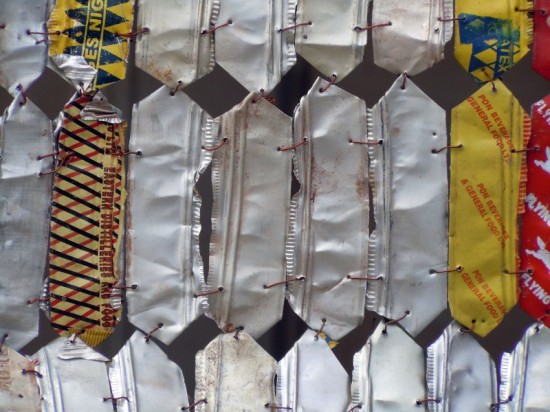 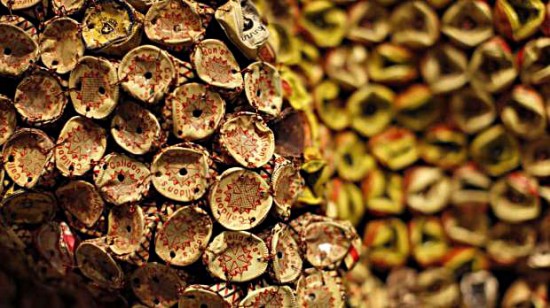 Anatsui is quoted saying, ‘Art grows out of each particular situation, and I believe that artists are better off working with whatever their environment throws up.’

His remark is not meant so much as a comment on recycling but it reflects the joy of giving discarded material a new life. In my view it also refers in a wider sense to the influence of our background on our identity and inspiration and how, even by using the most commonly available material, each one of us should be capable of producing original work. Breakwaters on the Dutch coast, banal as some people may find them, can become the source of an entire book, it would be a great challenge to do the same about any a hundred yards of one’s own street, and my fondness of rust has magically introduced me to the world of steel in its widest sense.