A moment of pause to pick up this journal after a month has, once again, passed too quickly. I’m listening to Benjamin Biolay’s music compilation ‘Rose Kennedy’ which sounds very French and summery and fits a Sunday afternoon of making order around me.

Changing the scenery in my studio is therapeutic, if only moving objects in a different light. I have rearranged what I call my rust museum… 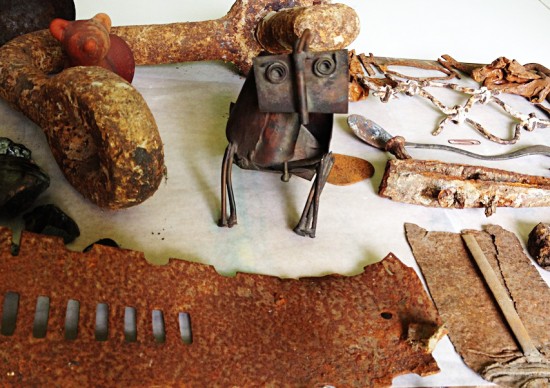 … the umbilical cord to my current book project, Living Iron, which is mostly taking place outside as far as photography is concerned… 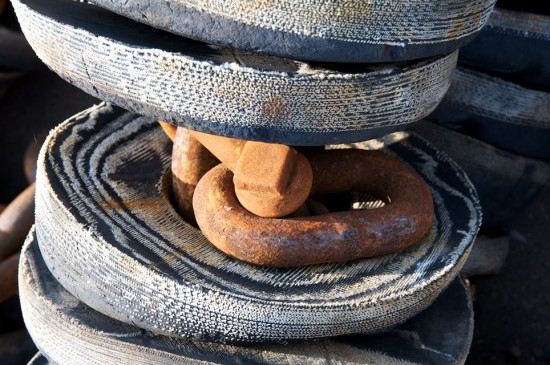 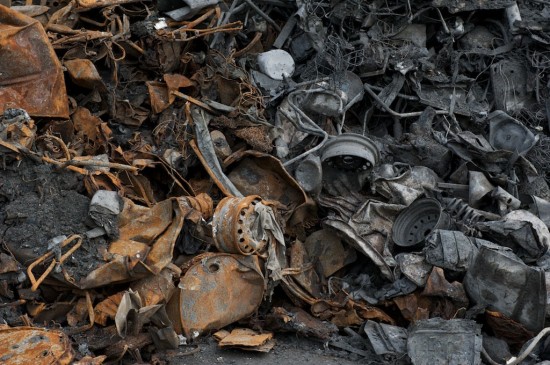 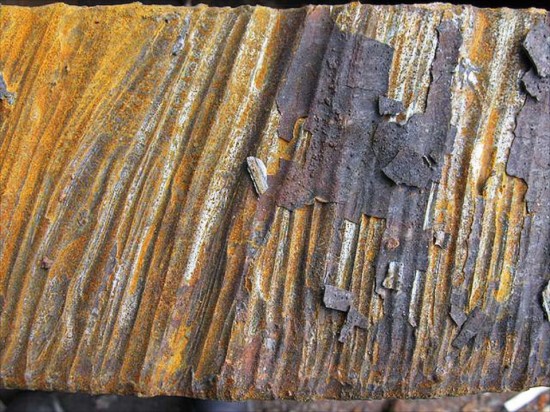 … in diverse settings ranging from heaps of scrap to a recent stay on a push-boat carrying raw materials – iron ore pellets, coal and steel plates – over the Rhine to the steel furnaces in the Ruhr.

Each barge measures 76m x 11,40m x 4m and weighs ± 2.800 tonnes when fully loaded. With two couples of such barges and a total length of 170 metres we were transporting around 11.000 tonnes which, the captain explained, equals to almost 400 trucks on the road. 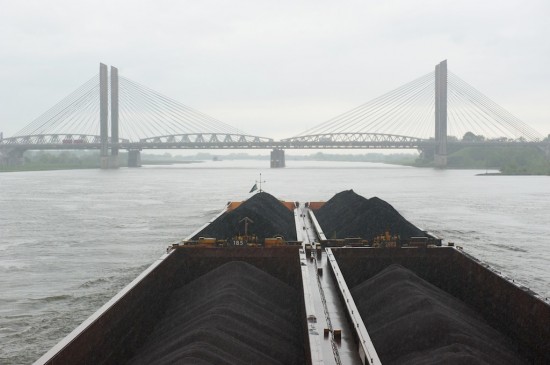 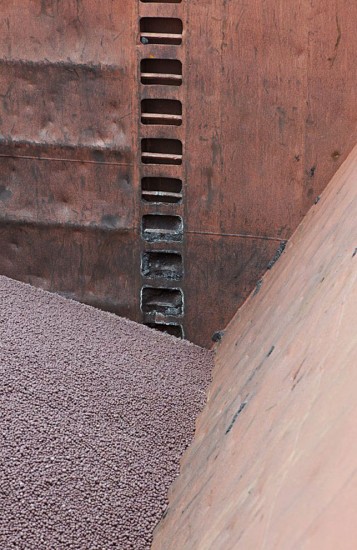 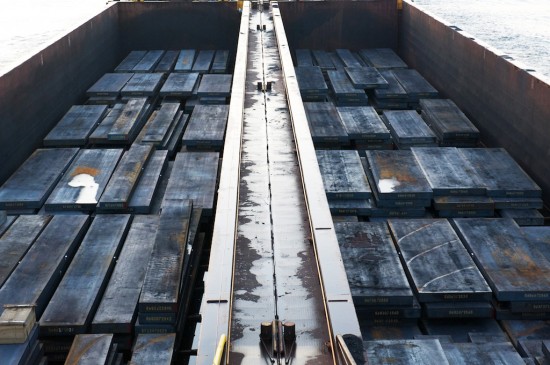 Nothing clears the mind more than having free time, allowing oneself ’empty hours’ and even forgetting to watch what follows because ‘it’ naturally begins to flow. In my case right now the best present is being allowed to wander freely, camera in hand, in industrial surroundings such as between the steel plates on the bottom of a huge barge one early morning in splendid light. 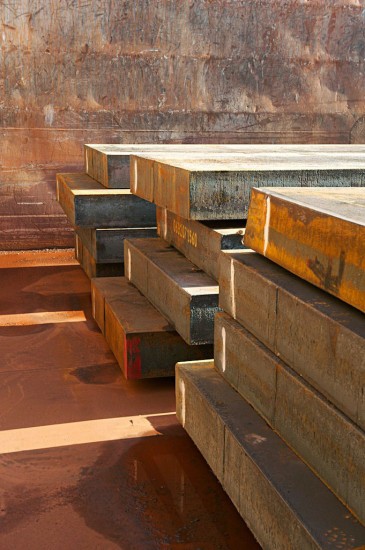