I’m plunged in the early days of iron production about which lots of research have been done over the past twenty years. Iron is generally not the most admired of metals and when I called a Dutch museum of classical antiquities about some history questions the curator drily replied that they ‘have no expert in old iron.’ But when one door is shut another opens and since then I have found many friends in old iron.

For hundreds of years the basic ingredient to make iron was charcoal, the same charcoal we use on our barbecues. In some parts of the world it continues to be made the traditional way.

Logs are piled up under a blanket of earth or grass and made to smoulder for days. 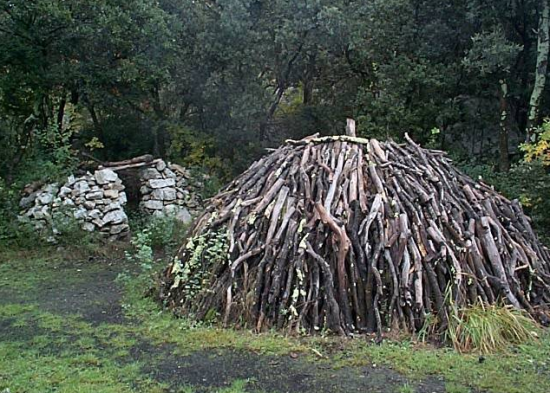 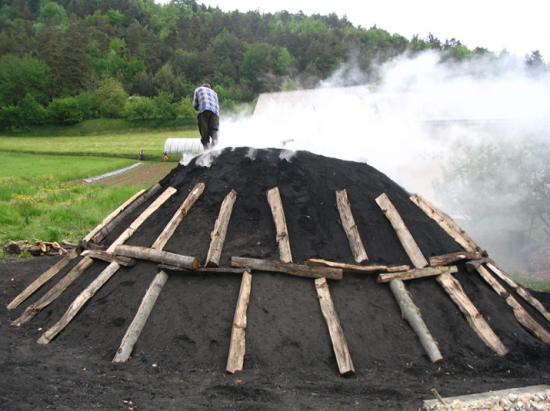 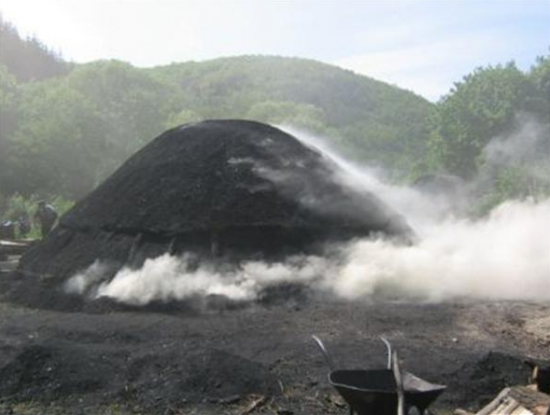 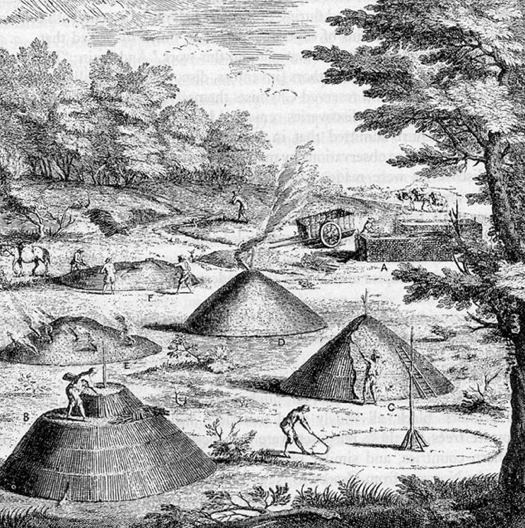 Bricks are traditionally made the same way: formed by hand, they are neatly piled up with inter-layers of coal and made to burn very slowly. At the start the clay is still dark. Close to the fire, the first stones turn pink, a sign that they are baked. After about a week all the bricks are ready. This brick pile was the size of a house. 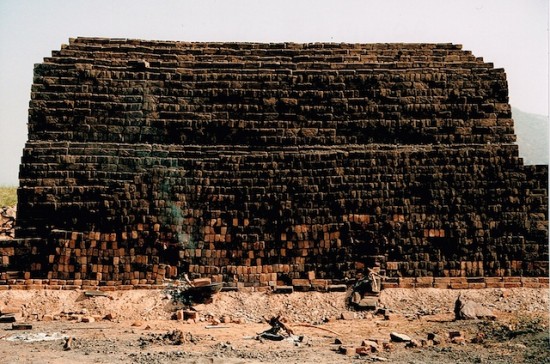 In India the gods are asked to bless the process with red tridents for Shiva and bangles for good luck. 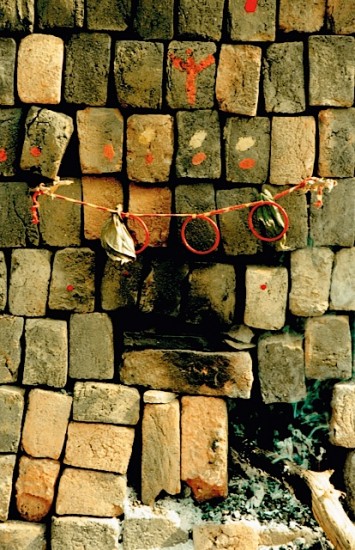